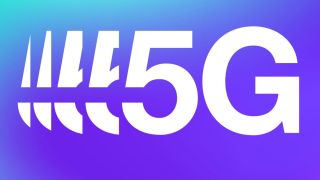 5G networks are the next generation of mobile internet connectivity, offering faster speeds and more reliable connections on smartphones and other devices than ever before.

Combining cutting-edge network technology and the very latest research, 5G should offer connections that are multitudes faster than current connections, with average download speeds of around 1GBps expected to soon be the norm.

The networks will help power a huge rise in Internet of Things technology, providing the infrastructure needed to carry huge amounts of data, allowing for a smarter and more connected world.

With development well underway and testbeds already live across the world, 5G networks are expected to launch across the world by 2020, working alongside existing 3G and 4G technology to provide speedier connections that stay online no matter where you are.

When will 5G launch?

Verizon surprised most of the world by launching its 5G network at the start of April 2019, making it the first globally to offer the next-generation network.

It’s currently only available in limited parts of Chicago and a few other locations, and there are just two handsets currently available to use on the new 5G network.

In Chicago, US we’ve managed to obtain speeds of up to 1.4Gbps, which is massively faster than 4G’s theoretical top speed of 300Mbps (although average speeds tend to be below 100Mbps).

However, 5G coverage is patchy and we had to move around the city’s various 5G masts to get this top speed. We did tend to get around 1Gbps quite consistently though.

5G in London, UK is more of a mixed bag, with speeds in our test ranging from 200Mbps to 550Mbps – still much quicker than 4G, but not the same level as we are seeing in Chicago.

AT&T has rolled out its 5G network to 19 cities across the States, but it still doesn’t offer any 5G phones – with your only option for now a 5G Netgear Nitehawk mobile hotspot.

Meanwhile, T-Mobile is yet to launch its 5G network in the US, but it previously said it would bring 5G to 30 cities, starting in New York City, Los Angeles, Dallas, and Las Vegas.

It will be followed by Vodafone on July 3, 2019, when it will launch 5G in seven cities, with a total of 19 locations covered by the end of the year.

O2 and Three have also committed to launching 5G networks in 2019, but we’re yet to get a firm release date from either carrier.

Three has at least given some detail, with its 5G home broadband launching in August and its mobile proposition following later this year, and it plans to have 5G in 25 towns and cities before the end of the year.

What 5G phones are available?

A number of 5G phone announcements have been made in 2019, however only a handful are currently available, and the choice is further limited by country and carrier.

In the US, Motorola’s 5G Moto Mod provides next-generation connectivity to a select few Moto Z handsets, plus the Samsung Galaxy S10 5G is also available.

5G speeds will vary between locations, countries, carriers and devices, but on the whole the average internet speed you can expect should be much greater than what’s currently offered on 4G.

We’ve been testing the first 5G networks in both the US and UK, and have found speeds to be a little bit of a mixed bag.