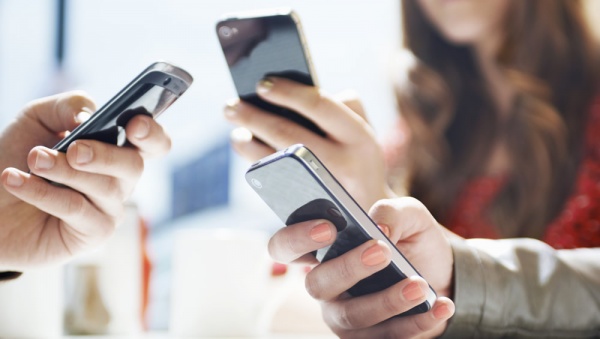 Millions of consumers in the UK are now used to connecting to the internet whilst on the move via their mobile phones. While the fastest way to do this is typically 4G, in many cases consumers are still using 3G. So what is 3G, and how does it work?

3G actually stands for “third generation”, as it is the third type of access technology that has been made widely commercially available for connecting mobile phones.

The first generation of mobile phones was launched in the 1980s, and transmitted across an analogue signal; these phones were large, brick-like devices that were often kept in a vehicle as they were impractical and inconvenient to carry around.

They were supplanted by the second generation in the 1990s, which now used a more reliable digital signal, and enabled the use of text messaging, or SMS (Short Message Service).  However, the technology was still not robust or fast enough to deal with the thousands, and then millions, of consumers who wanted to use mobile phones; the signal could not carry enough data simultaneously, and there were many areas the signal did not cover.  There was also a rapidly growing demand for transmitting data – using email and accessing the internet – across mobiles, which 2G was just not fast or reliable enough to manage.  An intermediate technology – sometimes called EDGE or 2.5G – came next, but the technology rapidly moved on towards proper 3G.

The development of 3G services in the early years of the 21st century was a major step forward both in terms of reliability and UK coverage for voice calls and text messaging, as well as providing far more rapid access to the internet due to its capability of carrying larger amounts of data.

In theory, the service allows download speeds of up to 7.2Mbps, giving users the capacity to download an amount of data equal to a song per minute – however, in reality, actual experienced speeds are somewhat less than this, with the average download speed coming in at around 3Mbps. The introduction of widespread 3G led to the adoption of the term “mobile broadband”, as this was the first time it became a realistic option to use the internet whilst on the move; for example, on a train or as a passenger in a car.

The 3G services work using a “cellular” based technology; the signals are passed from phone tower to phone tower, and then the tower nearest the phone passes the signal to it.  This is why there has been a rapid growth in the number of phone towers in the UK; these towers ensure that a widespread strong and reliable signal is available.  It also means there can be dips in service as you move around, as the signal switches from tower to tower and as you move too far from a tower.

What is 3G? – The technology explained

In the UK, 3G services were launched commercially in 2003 through Hutchinson 3G, now known as Three. Now, all of the mobile network operators in the UK offer 3G services, and all major mobile phone manufacturers offer 3G phones that can access these services; many can be found in the 3 store online. In fact, just about every smartphone and most feature phones support 3G.

Normally, when a consumer buys a mobile phone – be it on pay as you go arrangement or on a monthly contract – they will find that their phone already has the capability to receive 3G signals built in.  Depending on the payment plan, the consumer should then be able to browse the web from their phone easily.  Some plans will only allow a fairly limited amount of internet access, in order to keep costs down, while other plans will be far more generous, allowing for potentially unlimited data.

It is also possible to use mobile broadband through 3G on other devices, such as laptop computers, by using a small pencil-sized device known as a dongle, which simply slots into one of the USB ports on the side of the PC to give access on the move.  These can also be bought on a monthly or pay as you go basis from all operators, including the 3 store.

Whilst 3G is quite effective when it comes to giving users mobile access to the internet, and is a vast improvement over the previous 2G technology, it is still far from perfect. Download speeds can sometimes be slower than expected with the signal strength very variable depending on your device, whether you’re inside or outside and how far from a tower you are.

Coverage across the UK is also still not 100%, so it is not uncommon to have coverage fade in and out as you move around, though that tends to only happen in rural areas these days.

However, the technology continues to develop rapidly, with phone operators continuing to provide phones with faster processors, and mobile operators also upgrading their networks.

Something known as High Speed Packet Access (HSPA – also sometimes termed 3.5G) has also helped to improve network speeds. Three’s ‘Ultrafast’ service is an example of this and offers theoretical download speeds of up to 42Mbps, while real world speeds tend to be around 6Mbps, which is still around twice as fast as standard 3G. We’ve also now seen mobile networks roll out 4G, which is the fourth generation of mobile technology and is faster still.

If you leave mobile data turned on then your smartphone will use it automatically. Load the browser and it will connect over 3G (or 4G if available), while apps will rely on a mobile data connection to sync and push content to you, even when you’re not actively using them.

Although smartphones rely on mobile data access it is advisable to turn off the 3G access on your handset when you are not using it, as the service can drain the battery quickly. If a Wi-Fi connection is available you should always use that in preference, as it is likely to be both faster and less harsh on your phones battery.

In most cases turning 3G on or off can be easily done under the settings options in your phone or even faster from for example the pull down notifications screen on Android.

It is also advisable to turn off something called “roaming” when you travel abroad; this prevents your phone from connecting to 3G services in other countries and downloading data there, something which may not be covered by your contract and could end up costing you a great deal of money.  When travelling abroad, it is always worth checking what is and is not covered.

While 3G is still widely used by people in the UK it is no longer the fastest or newest method of carrying mobile data as it’s been superseded by 4G. This was first rolled out in 2012 by EE and now all of the major UK networks offer it to some extent. 4G is typically around five times faster than 3G, however while coverage is now extensive it’s still more limited than 3G and certain older and cheaper phones don’t support it. Many MVNO’s, such as Virgin Mobile, also don’t support 4G just yet.

So whether you’re not on a 4G contract, not in a 4G signal area or not using a phone which supports 4G you’ll be relying on 3G at least some of the time. But within the next few years it’s expected that 4G will reach the majority of the UK and at that point 3G could become a rarely used technology. In fact, already EE has brought 4G to over 93% of the UK and all the major networks now have over 60% population coverage, so 3G’s days really could be numbered.

Moving further ahead we can look forward to LTE-A, or 4.5G, which is an even faster version of the technology and is already available in London on EE and in London, Manchester and Birmingham on Vodafone.